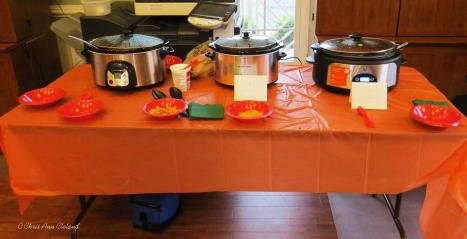 Thankfully, our second contender arrived shortly after doors opened at 4pm to ask if she had to have pre-registered to enter her chili.  While we certainly like to know how much space to allot for, and arrange the room so all contenders have outlets and table space, this year it was not necessary.  So suddenly, we had two legitimate contenders.  And I put a sign in front of my chili that read–House Chili, Not Competing. 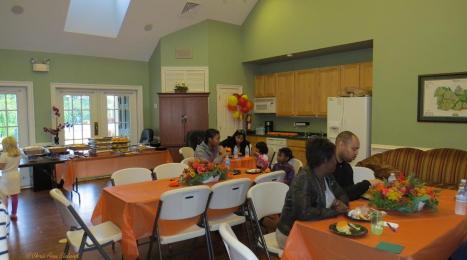 While there were chilis to tempt the taste buds on one side of the room, there was a casual buffet from Glory Days restaurants on the other.  Stacked with nachos and nacho toppings, hot dogs, hamburger sliders, pulled pork and cornbread, there was plenty to eat.  And for desert, Drama Mama Cakes in Bristow outdid themselves with vanilla cupcakes with a shot of Boston cream filling and frosting that made they look like mini pumpkins. 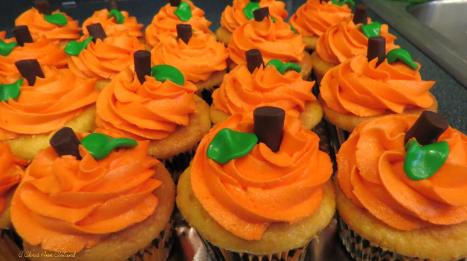 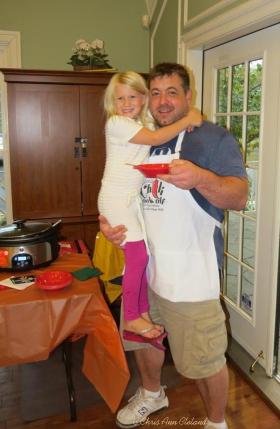 While the adults were taste testing chilis, the kids were competing in a pumpkin face coloring contest.  The winner, Elizabeth, had done a beautiful rainbow inspired face that will be published in the Bagpiper.

The chilis going head to head were a mild black bean chili whose hidden ingredient was cocoa powder.  The other was a multi-pepper creation, complete with mangos, that would make you sweat just after a bite or two.  When the votes were tallied, we had a clear winner.  Brian Anderson, with his multi-pepper chili won.  He was awarded a $100 VISA gift card and an apron that named him the 2013 Tartan Hill Village Chili Cook Off Winner.

At the end of the event, with a ton of food leftover, attendees took some leftover items themselves, at the prodding of the event coordinators.  The majority was given to the men and women who volunteer at the Nokesville Fire Department.

Thanks to all who attended and a special thanks to our chili cooks, Mona and Brian. 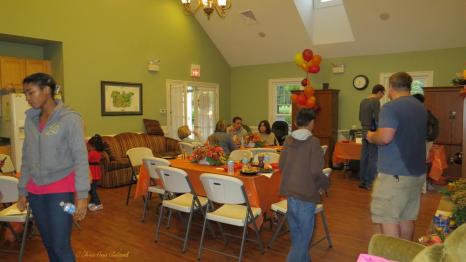