This fall weather feels delightful.  Soon, we’ll see the brilliant oranges, reds and yellows as the leaves turn.  In the meantime, I have another Braemar Property Value Report to share with Braemar home owners.  This one focuses on homes built by NV Homes in our neighborhood and covers sales from the previous two months.

There were two NV Homes that sold between the beginning of July and end of August.  The details of those sales are listed below.

Taking these two sales and combining them with the entire last twelve months of NV Homes sales we get updated six and twelve month data points.  These will give an idea of trends in our NV Homes values.

Seller subsidy, also known as closing cost assistance from sellers to buyers, does not reveal a good trend for would be NV Home sellers in Braemar.  Both the six month average and median seller subsidy values have increased from their twelve month respective values.  This means that buyers of NV Homes have been asking for, and receiving, higher amounts of closing cost help in the more recent sales.

If you placed your NV Home on the market, priced to current values, you could expect to be under contract in about two weeks.  You could also expect to pay about 2% of the sales price in seller subsidy.

The next Braemar Property Value Report will be out in November.  Until then, if you worry that you may have missed the action of this spring’s and summer’s market, give me a call and I’ll share the surprises found in the year end market.  Since 2005, No One Knows Braemar Better! 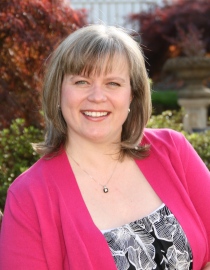