At the beginning of 2011, I was contacted by the owners of 10033 Pentland Hills Way in Braemar to sell their Braemar Courtyard home.  It was a Ballston model.

We got this Braemar Courtyard home on the market on January 31st, priced at $340,000.  At the time, there were tenants in the home.  And it appeared they

would be cooperative.  Well, that was not the case.  The tenants took what had been a hot market and what should have been a fast and easy sale and drug it out.  When Braemar Courtyard homes were demanding prices higher than $340,000, the Sellers’ tenants were uncooperative with showings.  It go so bad that Buyer’s Agents were being turned away at the door.

The Sellers had to re-evaluate their position in the market as being the most expensive home now listed.  So on March 31st, the price was reduced to $327,500.  Meanwhile prices in the Braemar Courtyard homes continued to see decline as more and more owners put their homes on the market.  And the tenants continued their uncooperative act until the Sellers were legally able to give them notice to vacate. 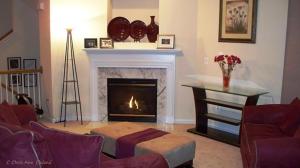 By the time the tenants had left, the Braemar Courtyard home values were lower and these owners had a choice to make.  Work with one of the offers on the home, or continue to lease and possibly sell next year. They decided to make a deal, not knowing what 2012 would bring, or what type of tenants they would then be working with.  So the Sellers accepted a cash offer on July 12th that could settle quickly.  While it was a long way off from their $340,000 asking price in January, the property did sell on August 5th for $305,000.

If you want to know the value of your Braemar home in TODAY’s market, let me know.  I’ve been a full-time Bristow real estate agent and Braemar resident since 2005.  No one knows Braemar better!